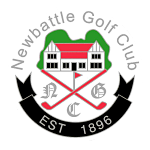 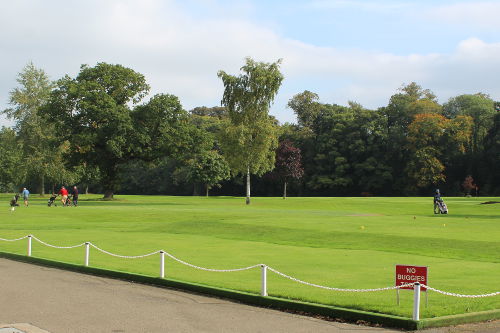 In 1933 the Newbattle Committee had completed negotiations to move to its present site. The Club had leased a 9 hole course from the Marquis of Lothian in 1896, but by the early thirties, circumstances arose which led to Lord Lothian offering a move to the more secluded current 100 acre site with enough space for 18 holes.

At the Club’s AGM of April 1933 it was agreed that his Lordship be provided with a plan, prepared by a qualified golf course architect. It was further agreed that the Club should approach Messrs. Colt, Alison and Morrison, to that end.

Newbattle Golf Course was designed by Harry Shapland Colt, one of the foremost course designers during the first half of the 20th century.

During his active life, Colt was able to stamp his design philosophy on an average of six course each year, a phenomenal record of achievement and had an association with some of the world’s best courses, including 12 ‘Royals’ and 5 British ‘Open’ courses. They are the testimony to a craftsman who linked the playing of the game to the sympathetic use of available terrain.

There is now a ‘Colt Association’, with his being acknowledged as one of the ‘greats’ of golf course design.

Harry Shapland Colt designed and remodelled numerous courses in the UK and around the world you can see and extensive list of these courses below.

The list set out below, represents the courses with which Harry S Colt is been associated. These were often entirely his own creation, but (as is the case of some of the overseas courses), occasionally in close co-operation with his sometime partner, C.H. (Charles Hugh) Alison. The great man was greatly experienced in designing new courses from barren landscapes, as well as re-designing old lay-outs to make them more testing. The list below shows a total of 103 known courses, where Mr Colt had a direct involvement.

In addition to seven courses in Scotland, Harry S Colt had an involvement with many other courses worldwide. Of particular note is the lack of involvement “north of the border”, where he appears to have left the work to his contemporary, the world-renowned James Braid, (who was responsible for at least 70 courses in Scotland), and, with whom, he was in direct competition for golf course design! What all these courses have in common is that they carry out his wish, documented in his heyday of the 1920s, when he declared that “as a golf course architect, his creations will endure as a lasting record of my craft and a love of my work”.

This website uses cookies to improve your experience while you navigate through the website. Out of these, the cookies that are categorized as necessary are stored on your browser as they are essential for the working of basic functionalities of the website. We also use third-party cookies that help us analyze and understand how you use this website. These cookies will be stored in your browser only with your consent. You also have the option to opt-out of these cookies. But opting out of some of these cookies may affect your browsing experience.
Necessary Always Enabled
Necessary cookies are absolutely essential for the website to function properly. This category only includes cookies that ensures basic functionalities and security features of the website. These cookies do not store any personal information.
Non-necessary
Any cookies that may not be particularly necessary for the website to function and is used specifically to collect user personal data via analytics, ads, other embedded contents are termed as non-necessary cookies. It is mandatory to procure user consent prior to running these cookies on your website.
SAVE & ACCEPT